Posted by Damaso Rodriguez on Wednesday, December 29, 2010 Under: Theatre
...directed by ME in the Julianne Argyros Stage. 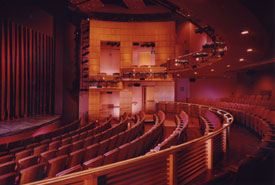 "Set in the Down the Lake section of Boston, where the jargon is all their own, and so is the bombast, this tender — and funny — play is all about family, loyalty and love. At its center is Joey Colletti, one of the biggest seafood importers in the East, who got in a little trouble with his company and landed in a minimum security prison. To add to his woes, the son he never knew is anxious to meet him but isn't aware of his current address. Joey expects his brother, Kevin, can put the kid off for nine months until he gets out. But Kevin has a couple of problems of his own."