Posted by Damaso Rodriguez on Saturday, June 4, 2011 Under: Theatre 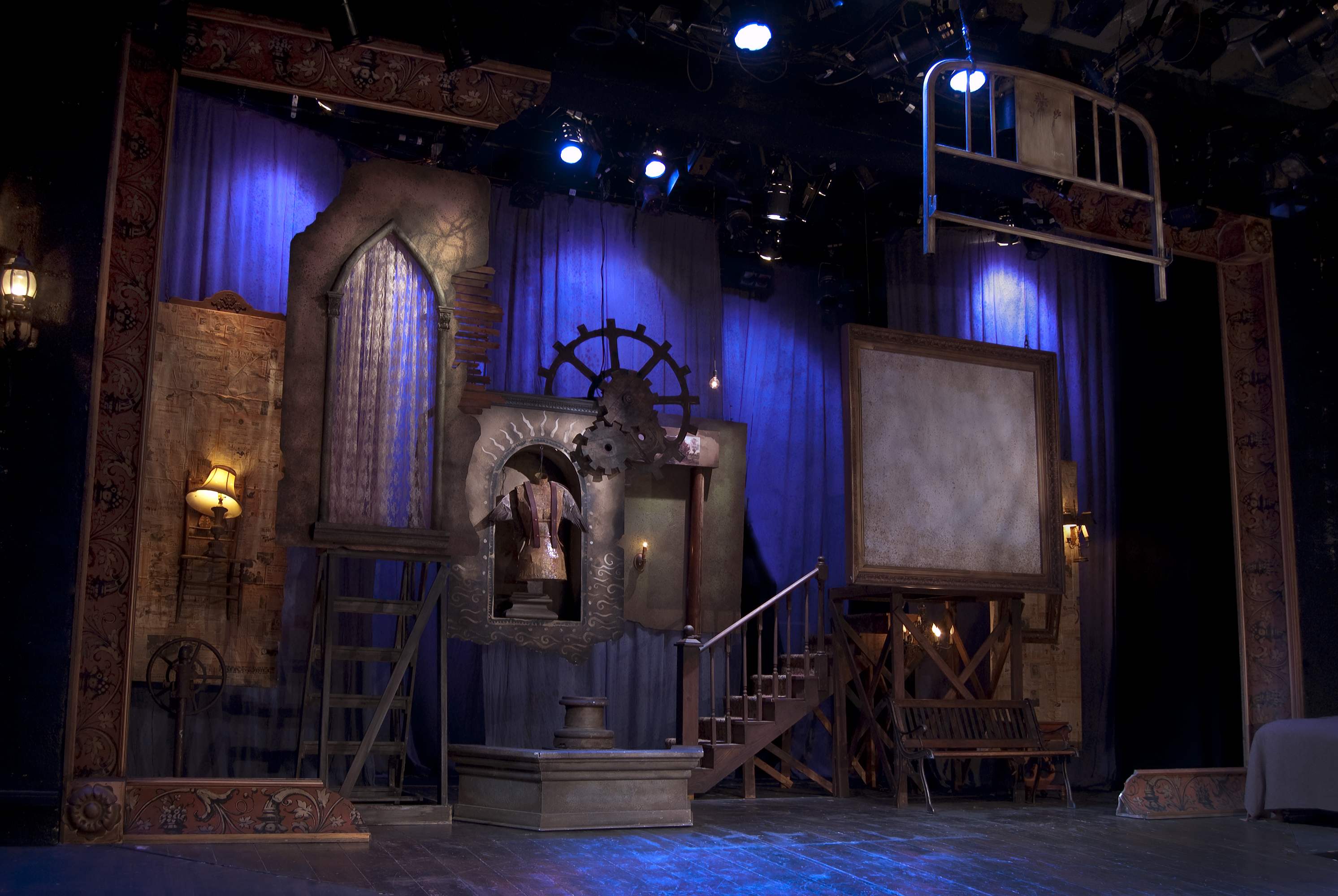 The Eccentricities of a Nightingale by Tennessee Williams, which I directed, closed last weekend after a great two-month run in rep at A Noise Within.  Set designer Joel Daavid took this beautiful shot of his set before the final performance.  The production has the distinction of being the final fully staged performance of a play by ANW at the old Masonic Temple in Glendale that the company called home for its 19 year history.  The set is a large-scale piece of assemblage art inspired by the 19th century Musee Mecanique which is constantly referred to in the play.  The stage is a deep thrust, which extends far downstage, not visible in the photo.  I love that the giant picture frame, which frames the proscenium arch, is decorated with old wallpaper scraps that littered the upper, condemned floors of the Masonic Temple.  ANW's next season will begin in the fall in its brand new $13mil home in Pasadena.